While, Jesse and I had very much been enjoying our new cross-country skiing adventures 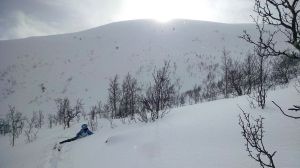 and short backcountry trips, we couldn’t go the winter without investigating the downhill skiing scene.  We had a great time today doing some lift-serviced skiing right here in Tromsø.  When I first moved to Tromsø I was living in the University housing and I could see the flood lights on the ski hill every night from my window.  Since it is dark for so much of the winter night skiing is a necessity.  However in April, there is sufficient sunlight during the daytime.

The ski hill, Tromsø Alpinsenter, is located on the mainland, just East of Tromsø.  Specifically the area, known as Kroken, has more construction of larger apartment or condo complexes.  Kroken and the ski area are serviced by the regular city buses.  So we could just get on the city bus to go skiing, today we decided to drive though.  We arrived not too late after the lifts opened at 10AM, and we got 2nd row trailside parking.  There is not a lot of plowed parking, but the area was not very busy either. 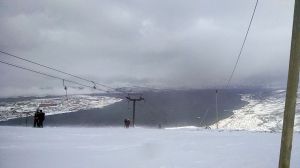 Tromsø Alpinsenter has 2 T-bars.  One is more the beginner area and has a park, the other goes to the top.  But the T-bars are actually quite quick and would probably be challenging for beginner skiers or snowboarders.  The day that we went was not crowded at all, I think we only waited for 2 or 3 pairs of people to get on in front of us a couple times.  The ride was not very long either, but was pretty cold when the wind was really blowing.  The upper T-bar is very exposed to the wind.

I think all of the 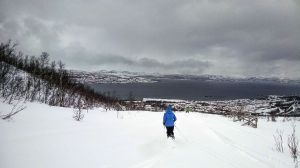 “official” trails are to the lookers left as you ride the lift.  This area has only a few groomed trails but there was plenty of small tree skiing in between the trails, that was actually steeper and more exciting than we expected. 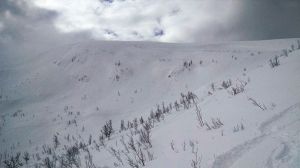 Also if you go to the left from the top of the lift and cut hard to the right there was some steeper terrain that looked pretty sweet.. however, it is not recommended as it is 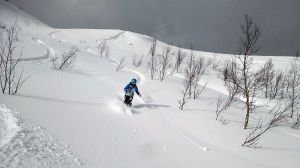 not controlled by the ski patrol.  It is quite steep and there are a number of chutes and cornices.  However, with fresh snow and lots of wind we chose only to skirt the outer edges of the area – with our beacons of course.  But these turns were quite incredible!  We had fresh tracks all day.  On a good snow day, there is no need to complain about the limited size of this ski hill.

In addition to the great skiing we had to the left, towards the end of the day Jesse and I explored the right side of the T-bar. 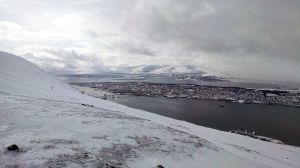 If you head to the right from the top of the lift it is very windblown thin snow with lots of rocks… very reminiscent of CO.  But the slow cautious walk is worth the view alone.  From this side you could look down onto Tromsøya and see the bridge.  We continued down that slope a bit, keeping parallel with the T-bar, enjoying the view. Then we found another little powder stash between 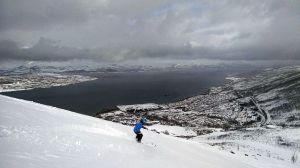 some rock outcrops.  The further you ski down on this side of the mountain the longer your traverse back to the lift will be, the first time we cut back pretty high and end up skiing past some very large snow/avalanche fences, through the trees and ended up above the top of the lower T-bar.  On our last run in that area we came out halfway to the bottom of the lower T-bar.  I’m sure that this area is not patrolled or controlled at all either, so watch for wind loading and skiers above you. 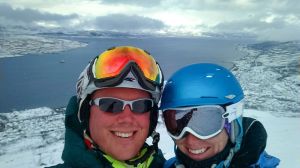 Tromsø Alpinsenter is probably the smallest ski area I’ve been to, but on a good snow day is well worth the trip 🙂

Here are a few more skiing pictures that we took: 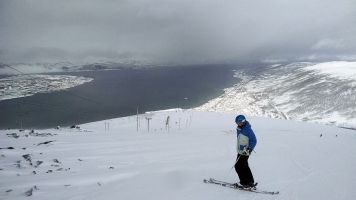 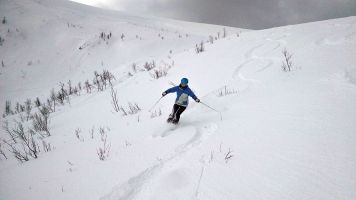 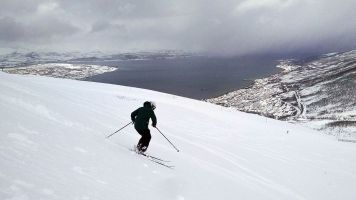 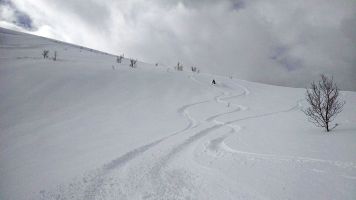 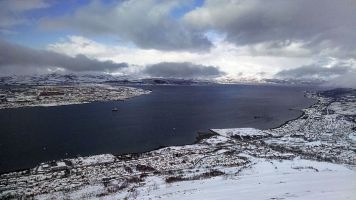 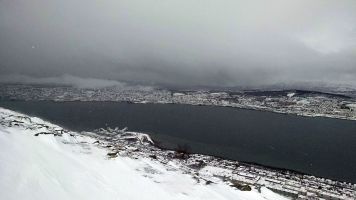 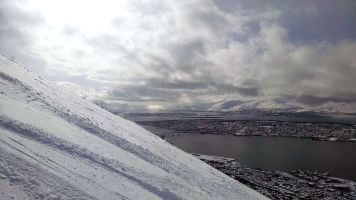 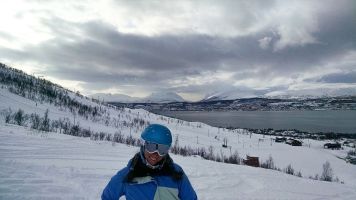 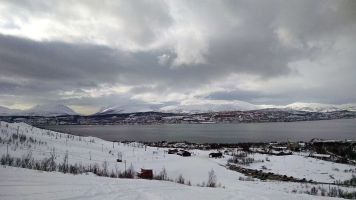 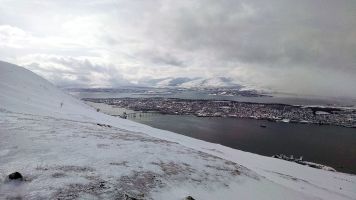 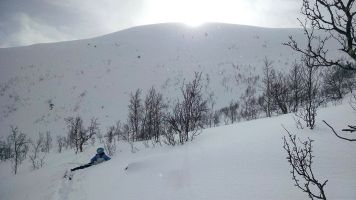 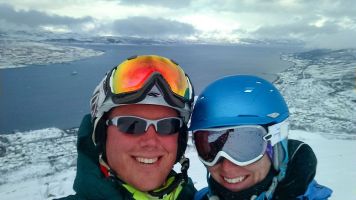 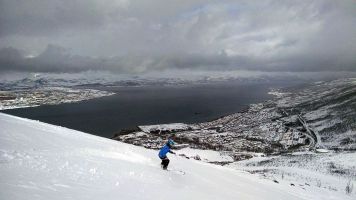 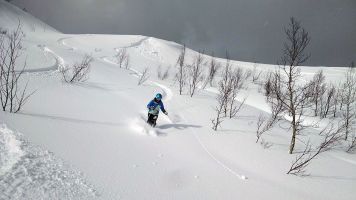 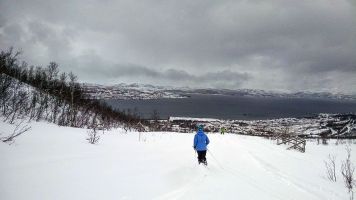 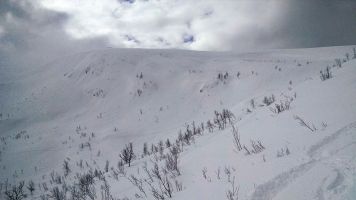 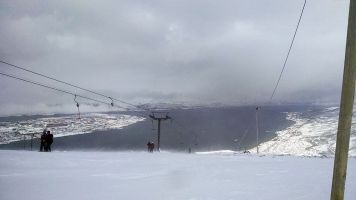