Today I joined Sören and Pia, his wife, on a lovely afternoon at the beach.  We drove out on Kvaløya toward Tromvik and stopped at Vågbotn at the very end of Grøtfjorden.  We setup a picnic/BBQ site down by the water on a nice mossy spot that Pia picked out.  It was so warm in the afternoon sun that I was wearing a tank top and had even taken my socks and shoes off!  It was the first real summer day.  The temperature actually hit 20*C today. I think it was for the first time this year! 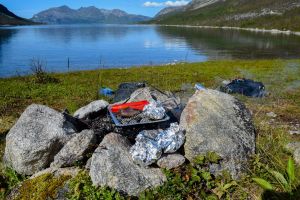 Sören brought some marinated beef, Pia some chicken and I had salmon again (but this time I improved it a bit with some fresh lemon and dill).  We also had some garlic bread again, zucchini, onions, peppers and grilled feta.  It was quite delicious and we ate quite a bit of food, but we left just enough room for a S’more.  Pia and Sören had lived in the NE US for a few years, but apparently had missed out on the roasting marshmallows and making S’mores experience.  So we bought some marshmallows (which were coated in a fine vanilla sugar), milk chocolate (which was much thicker than a Hersey’s bar, so it didn’t melt much, but tasted great) and the Graham cracker equivalent Digestive cookie/crackers (which lacked the cinnamon sugar on top).  The end result was not quite the same… but they were very tasty, and messy ooie gooie – much closer to a S’more than I expected to make here in Norway.  Pia and Sören seemed to like them too! 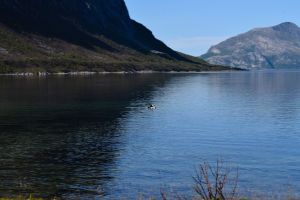 There were some nearby Oyster Catchers that kept flying past us across the water.  Soon the sun went behind the Ramnberget ridge line and temperature seemed to drop immediately.

On our way back to Tromsø we stopped on the beach in Grøtfjord and walked a little in the sand.  The ocean water was cold, but not nearly as cold as I would expect.  We all took our shoes off and walked in the water for a bit.

Some brave people at the beach went for a short dip, but most didn’t go in above their knees.  There were a lot of people at the beach though picnicking, relaxing and laying out in the summer sun.  The beaches in Norway are simply stunning!  I hope there are a few more warm summer days left this year to enjoy them 🙂 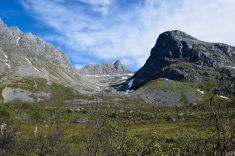 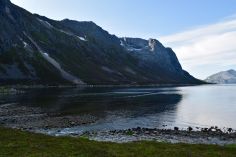 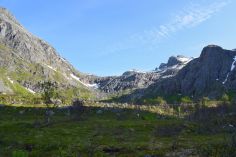 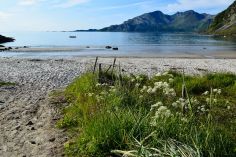 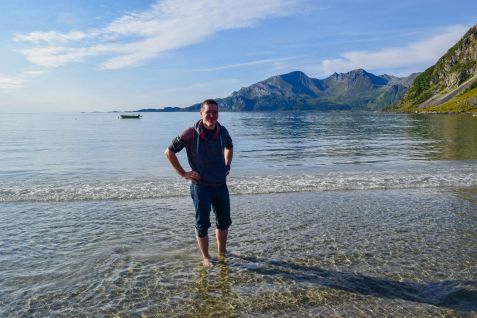 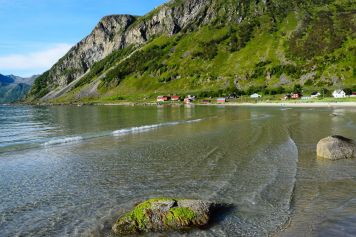 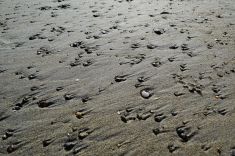