I’m usually not so motivated to get out and be active on my own, but with Jesse around his get-it-done attitude and my summit fever has led to many hikes this summer.  Tonight we went up a short hike on Kvaløya to Straumsaksla.  I didn’t expect much from this hike which started in Kattfjordejdet (69.649627, 18.489053) and climbed 2.5 km climbed over some scree fields up the ridge to the southeast.  Parts of the hike were pretty steep, but once we got to about 600 m the trail flattened out a bit. 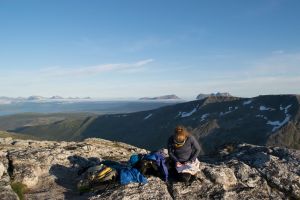 We finally ended up a bit above the low clouds today at 784 m (2572 ft).  There were quite a few clouds hanging over Straumsfjorden.  After relaxing and napping in the sun for a while, we noticed more fog building between us and Durmålstinden to the south.  It was wonderful to sit and watch the fog slowly building.  At first it was blowing away as quickly as it was building, but slowly there was more of it. 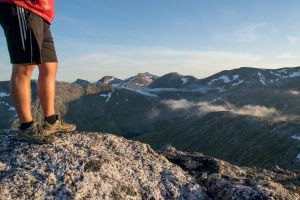 We headed back down before it got too late.  And is usually the case these days, I stopped to pick some plump delicious blueberries on the way down.  Summer goes by quickly when you’re hiking all the time, but hopefully there are some more long summer nights for hiking. 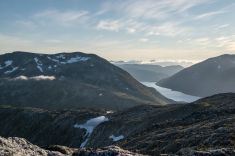 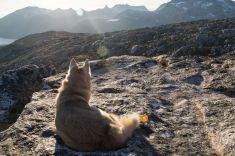 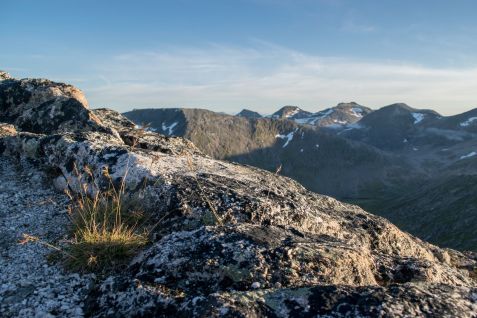 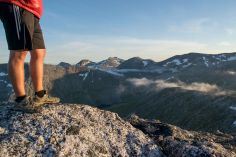