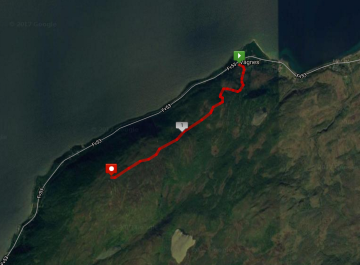 This evening Jesse, Jack and I went for a short hike to Åsfjellet, a 336 m (1102 ft) hill.  The trail started from a parking lot and headed out on a dirt road past a number of cabins.  When the road forked and we headed right and then the trail branched off to the right again.  It has been very rainy this summer, so this section of the trail was very wet and marshy.  We had to tiptoe across some sections with small streams.

Further along the trail turned uphill and we climbed a relatively steep, muddy section through the trees.  At the top, there was already some nice views of Vågnes below.  The trail then continued west along some rolling mossy hills.  At one point we were in a small valley with tall rocks around us.  We also had a nice view of a nearby lake.  As we approached the summit, Jesse and I were alerted to a dark colored animal near the top.  Jack hadn’t noticed yet, because he is often clueless.  It wasn’t a reindeer, or a white sheet, or a…. we weren’t sure what it was, maybe a bear!!  Could it be… There are bears in Norway, but I’ve always been told they are further inland.  This didn’t seem like the right terrain for a bear, but what else could it be?  We noticed the legs of the dark animal were WAY too thin to be a bear (thankfully).  The closer we got we eventually deduced that it was actually just a black sheep.  From the top we saw a whole flock of sheep just below us.  They were grazing and playing, but didn’t seem to fond of Jack. 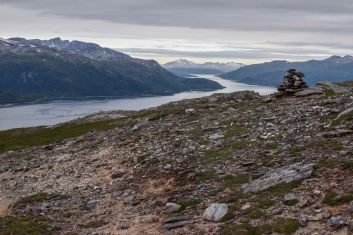 We made dinner near the top, trying to stay out of the wind.  It was nice evening, and while we ate we took bets on which boats were faster as they traveled down the fjord.  We even saw the Hurtigruten, Jesse was sure he knew which one it was 😉 .  We had nice views of Ringvassøya across the water.  It was just a short and pleasant hike back to the bottom. 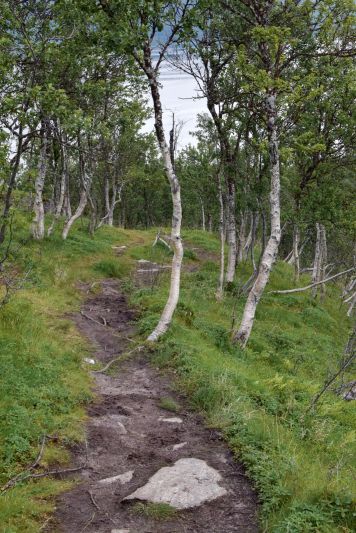 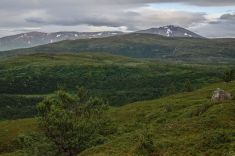 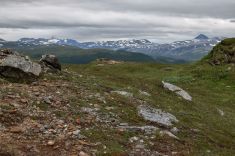 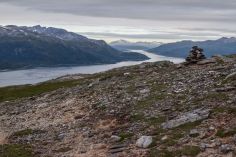 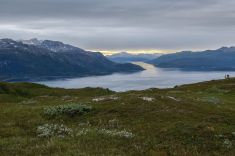 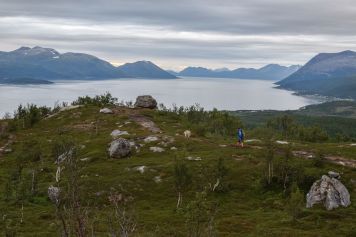 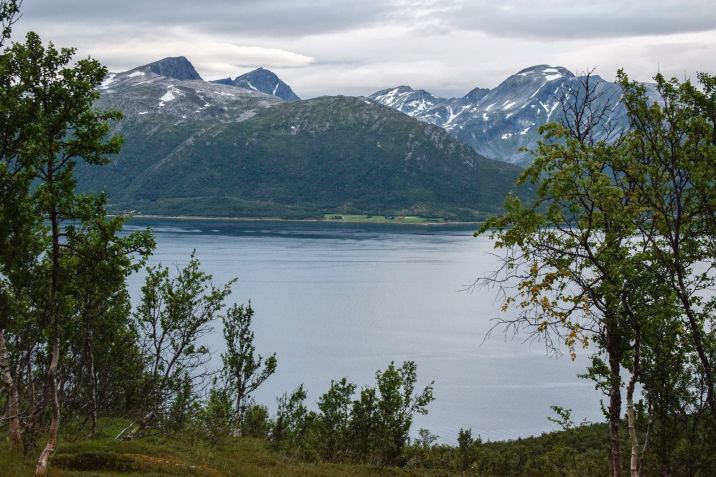