The Hill of Crosses is a site of Catholic pilgrimage where since the 1800’s crosses, crucifixes, and rosaries have been placed.  In 2006 it was estimated to contain over 100,000 crosses!  We didn’t count ourselves, but that number must have increased quite a bit since then.  We paid to park in the official parking lot, right next to the tourist shop.  There was an information office, a high-end amber and jewelry shop, and a few small venders outside selling souvenirs and crosses of all size and detail to add to the hill.  It was a bit drizzly out, but we walked out the long path towards the small hill.  Since there were some people in the front, we started on the right side walking down some of the narrow paths between the numerous crosses. 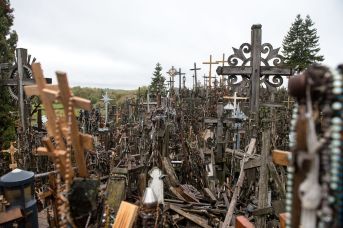 Some were very old and some were new, some were hidden and some had a view.

Most were made of wood, others of metal, but in the end they were all quite special.

The site has an interesting history, especially during the Soviet occupation of Lithuania from 1944-1990.  For Lithuanians, visiting the hill and leaving crosses and other religious items was a demonstration of their religion, of course, but also their identity and heritage.  In this way it was a spot of peaceful protest.  The Soviets would remove crosses from the site and even demolished the hill completely several times in attempts to stop its use.  But it was clear that this spot would always have a sacred meaning 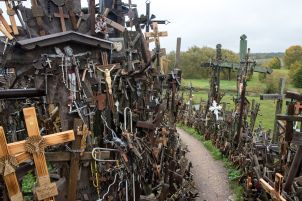 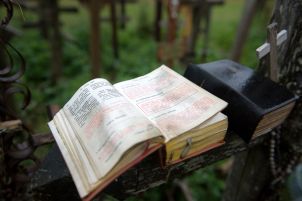 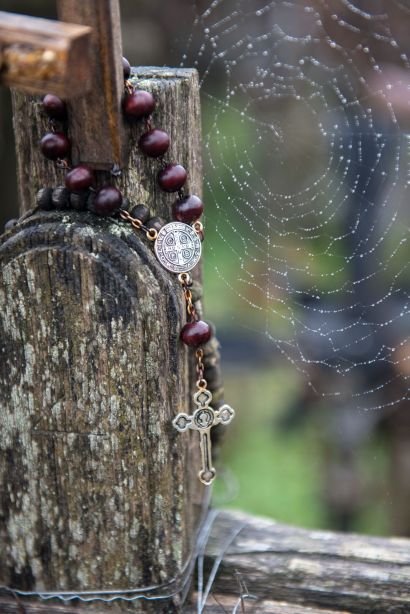 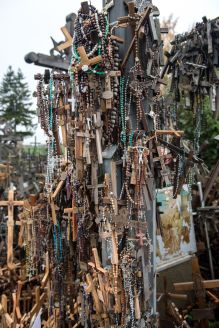 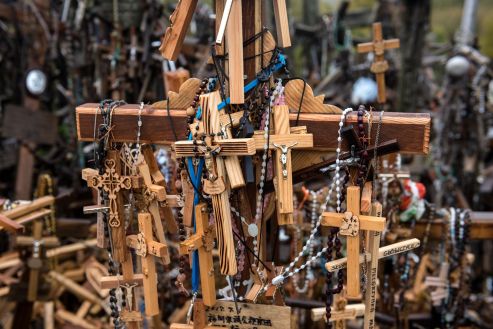 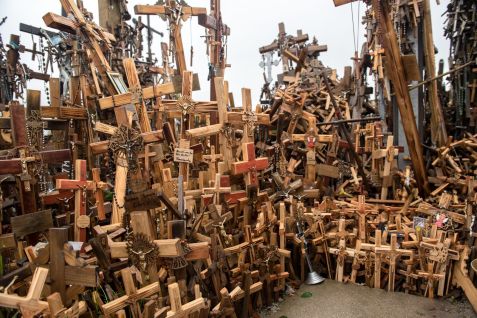